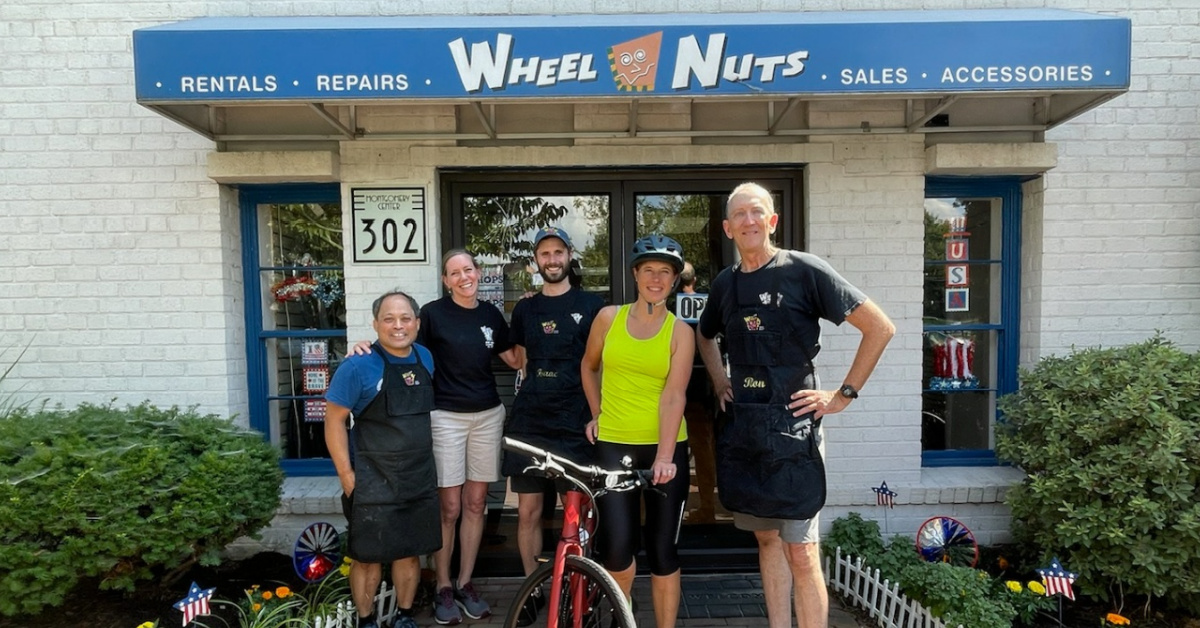 Alexandria, VA – Ron Taylor, the owner of Wheel Nuts Bike Shop, opened his doors nearly 24 years ago. At that time, the competitive cyclist was working with the Fairfax County Park Authority and as the director of First Street Fitness in Old Town North.

Many of Taylor’s customers knew of his cycling background. They often asked for advice on local bike shops, but by the late 1990s there were no shops to recommend.

When Taylor saw that a 1940s Sunoco station at the corner of N. Washington and Montgomery streets was being converted into a dry cleaner, he thought that might solve the bike shop’s problem. With the help of his family and friends, Ron transformed the service bay into the first incarnation of Wheel Nuts Bike Shop.

Taylor bought several used bikes to fill his shop, set up a small repair bay, used an old wooden door as a workbench, and revived his father’s 1960 Sears supercharger. Soon after, neighborhood kids began asking if Taylor would fix their bikes; their parents soon followed.

After about a year, one of Taylor’s loyal customers asked for help finding a new bike. Taylor contacted a bike manufacturer and began stocking new bikes for sale while renting and repairing bikes and busying himself with his job at the fitness center.

The store quickly experienced a growth spurt. So Taylor moved on to a space at the Montgomery Center, quit her job at the fitness center, and hired her first full-time employee, one of the kids who had frequented the store for the first time.

Today, Ron Taylor has five employees and a loyal fan base. It has been selected three times as one of America’s Best Bike Shops by the National Bicycle Dealer’s Association and as Green Business of the Year by the Alexandria Chamber of Commerce. The store expanded further when the pandemic hit as locals sought out socially distanced outdoor activities.

The effects of the pandemic have been complicated mixes of growth and exhaustion, success and failure, but for Taylor and his wife and co-owner, Trina, the store continues to run just as well as their bikes, and they hope it will continue. road.