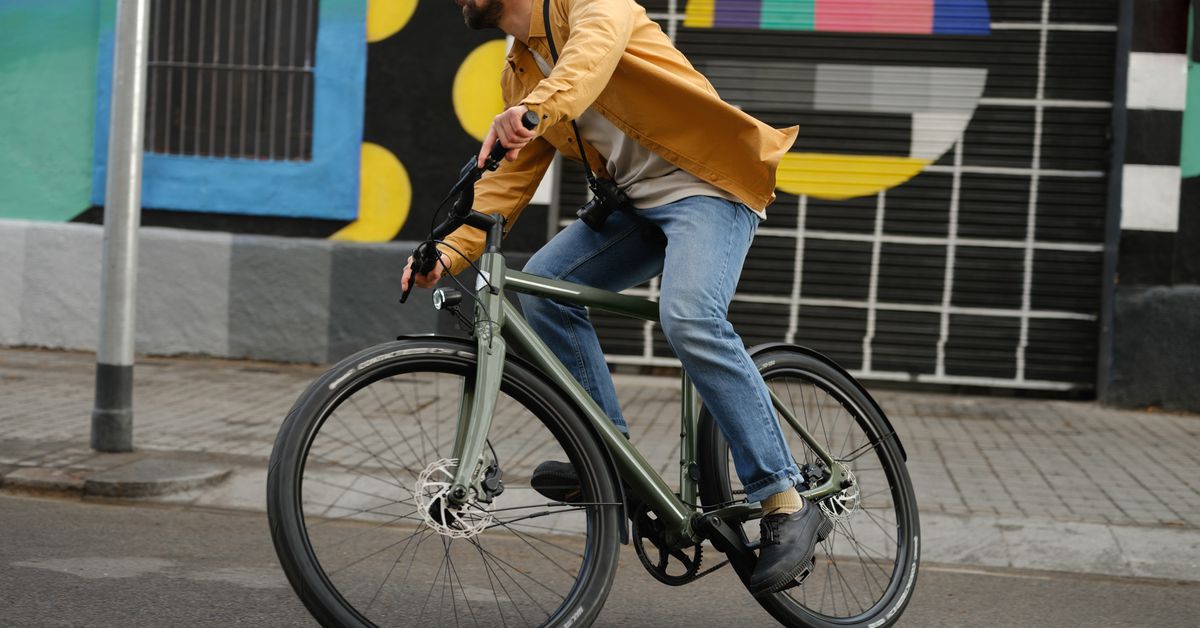 Ampler now offers five e-bikes for all types of riders

Ampler is back with two all-new pedal-assist e-bikes – the Juna and Axel – which join updated versions of the company’s Curt, Stout and Stellar. The range of five relatively lightweight e-bikes offers something for everyone with the aim of appealing to all types of riders of varying sizes and tastes, with designs that feel like regular bikes thanks to batteries that are neatly integrated into down tubes.

I saw each of the new Amplers at a private event at the company’s new showroom and service center in Amsterdam. Every e-bike—from the sporty Curt and Axel to the laid-back Juna and Stellar steps to the rugged Stout—expresses a maturity in form and function you’d expect from a company that helped kickstart the electrification of the city and bicycle commuters desirable.

“We call it the second generation because nearly everything is new, including the fully in-house developed frames and electronic systems designed to deliver the full Ampler experience,” says Ampler CEO and co-founder Ardo Kaurit, in a press release. “It’s our passion to create e-bikes that serve urban commuters – bikes that are exciting, durable, safe and responsibly built. I believe we have taken a big step towards our goal with the new generation.

Ampler, based in Estonia, was formed in 2014 by three friends: a professional motocross racer, an engineer and a bike designer. The company walked through the door in 2016 with a trio of attractive e-bikes at a time when the category was dominated by massive bolt-on battery designs mostly ridden by older people. Today, Ampler employs over 140 people and has shipped over 15,000 e-bikes. He recently secured million new investments to expand its European operations and build a new factory in its hometown of Tallinn while expanding its showrooms beyond Tallinn, Berlin and Cologne to new facilities in Amsterdam and Zurich.

The e-bikes are powered by Ampler-developed 250W rear hub motors and 48V 336Wh batteries that charge from zero to full in 2.5 hours. Combined, they give a top speed of 25 km/h (according to European legislation) and a range of 50 to 100 km, with 70 km of average indicated, according to Ampler. The built-in battery is not user-removable but can be removed for service, and the bikes lack the throttles popular on faster e-bikes in the United States.

The Ampler Curt remains one of my favorite e-bikes from any manufacturer. At just 14.4 kg (nearly 32 pounds), the new Curt is still one of, if not the the lightest fully equipped (lights, fenders, kickstand) e-bikes available anywhere. Its aggressive geometry, however, may be too uncomfortable for some.

The all-new Axel is the model that intrigues me the most as a city/commuter e-bike. It features a reasonably sporty geometry with a low-maintenance belt drive. It also comes standard with mudguards, integrated lighting and a kickstand, making it suitable for use as an all-weather city bike for family errands or as a commuter bike that can move the cyclists to a remote office without breaking a sweat. It’s also the model I’ll be reviewing in bike-obsessed Amsterdam over the next few weeks – so stay tuned.

The Ampler Juna and Axel are available now for €2,590 / £2,490. Availability of the updated Curt will be announced next week alongside the Stout and Stellar models. Ampler’s bikes aren’t cheap, but the company isn’t going to kill you to death with subscription add-ons like some e-bike manufacturers either.