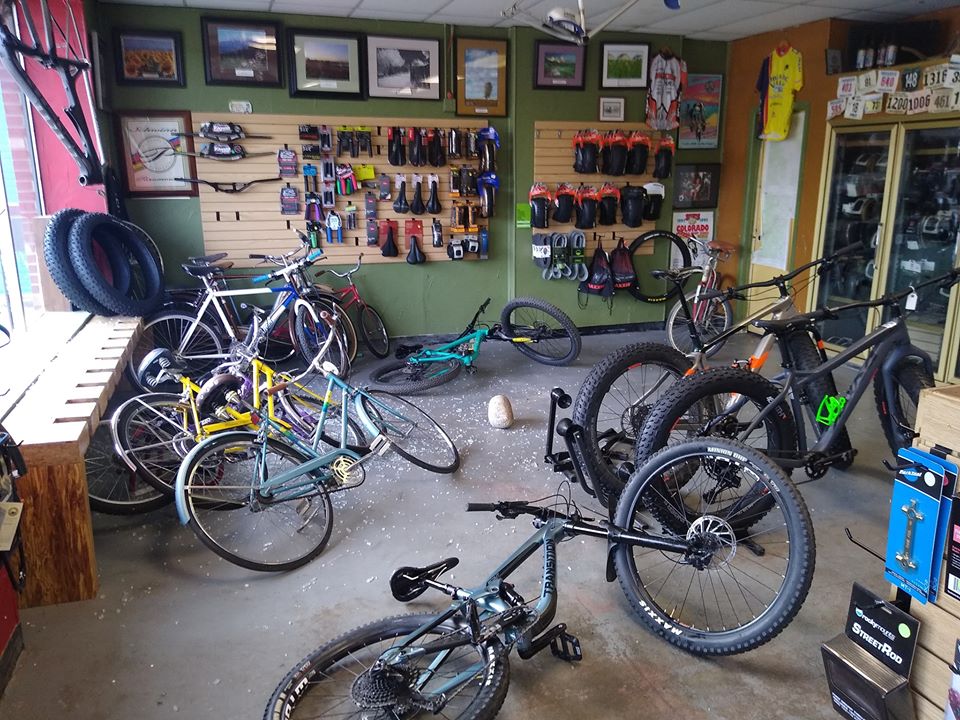 Colorado AG charges eight men in burglaries at bike shops across the state, including Boulder County

Eight men were indicted by a state grand jury and charged with using stolen vehicles and large rocks to break into and rob bike shops across the Front Range, including several in Boulder County.

The indictments stem from an investigation called Operation Vicious Cycle which involved a series of crimes involving 29 burglaries at bike shops, 22 car thefts and multiple attempted burglaries and robberies from Fraser to the Denver metro area of December 2019 to June 2020.

According to the statement, the men would plan the burglaries using Facebook Messenger. In groups of up to four, the men would then steal either a box truck or van and ram it into the doors or windows of a bike shop, or they would smash the front windows with large landscaping rocks or other tools.

Police said the men then stole high-end ATVs and transferred the stolen goods to sell out of the country, possibly to Mexico.

“Together with our law enforcement partners, we have dismantled this multi-layered criminal enterprise that has harmed multiple businesses and nonprofits in mountain communities and the Denver and Boulder metropolitan areas,” Attorney General Phil Weiser said in a statement. “We will hold these individuals accountable for their actions and the damage they have caused to victims and our communities.”

Six businesses were robbed in Boulder County, including Boulder Cycle Sport in Boulder, Redstone Cyclery in Lyons and Cenna Custom Cycles in Longmont.

According to the statement, all cases were filed in Boulder District Court.

“After speaking with bike shop owners, I know that these burglaries and thefts have caused significant damage to victims and to our communities,” Boulder District Attorney Michael Dougherty said in a statement. “This indictment is the direct result of a united and tireless effort to end a multi-jurisdictional theft operation. The District Attorney’s Office appreciates our strong partnerships with the Boulder Police Department, the FBI and the Office of the Attorney General.

“Our office remains committed to ensuring that those implicated in these property crimes are held fully accountable for their actions. I want to thank Attorney General Weiser for pulling together this team effort and fighting for the safety of the community.