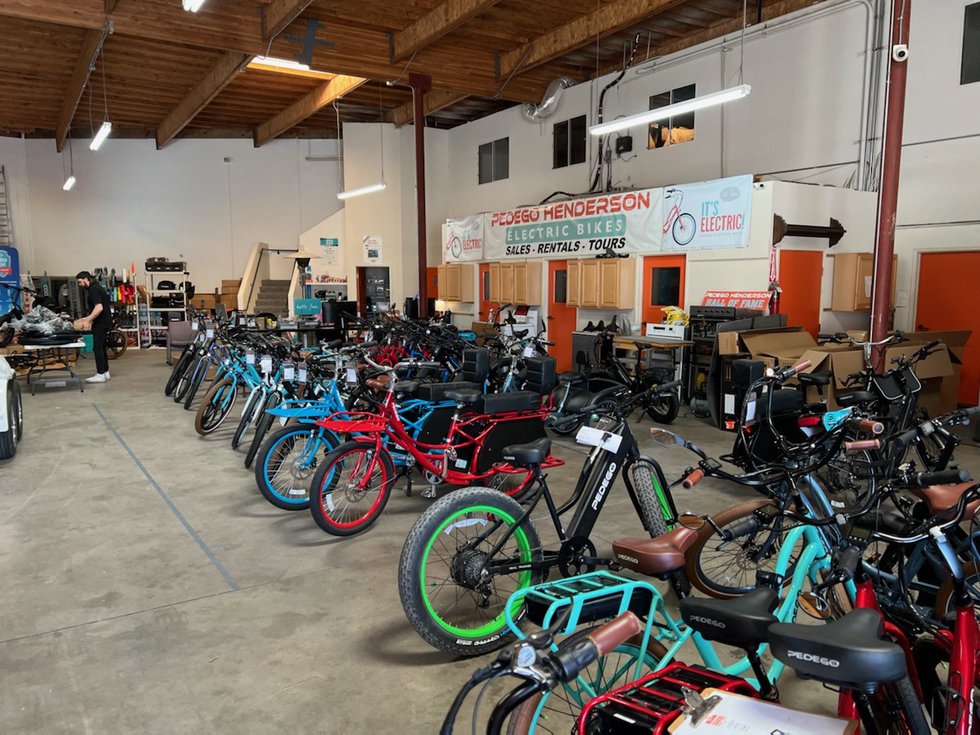 “Three to four weeks ago we started seeing a lot more customers coming into the store…We literally talk to every customer about the cost of fuel,” said Jordan Clark, owner of Pedego in Henderson, Summerlin and a brand -new boutique at Lake Las Vegas.

Clark first tried an e-bike while vacationing in California.

“I was a big guy so I was about 330lbs…I wasn’t sure if the bike could hold me…but I went to talk to the guy and he said no problem. actually, I rode 30 miles that first day and felt so liberated,” Clark said.

When Clark returned to Nevada, he bought his own e-bike.

“I just got more and more active and started meeting more people, and then last year, I felt so in love, I bought the store,” Clark said.

“On the same Thursday in 2021, our store sold zero e-bikes. Yesterday we sold five,” Clark said.

“I can’t think of a single negative thing about having an e-bike. There is nothing negative,” the 81-year-old said.

He also rides it to work at the Pedego in Henderson about eight miles from his house.

“Thirty to thirty-five minutes from Sun City Anthem and about a 15-20 minute drive,” Malone said.

Riding an e-bike instead of driving saves him money, the 16-mile round trip would take about a gallon of gas saving him about five dollars a day.

Pedego e-bikes can travel 50-100 miles on a single charge and if the battery dies, you can ride the e-bike like a regular bike.