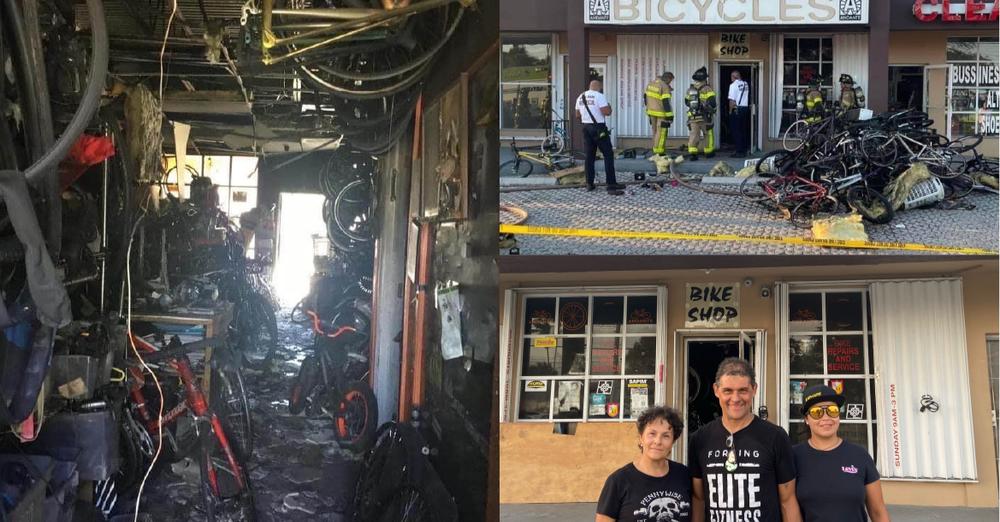 CUTLER BAY, Fla. (BRAIN) – An unattended charging e-bike battery at a longtime South Florida bike shop caught fire and destroyed the interior and much of the inventory, but no injuries. has not been reported.

Andante Bike Shop – located south of Miami at 20277 Old Cutler Rd. – was engulfed in flames shortly after closing on April 9. Mauricio Orozco, owner of the store for about 15 years, told BRAIN on Tuesday that the fire started around 6:15 p.m. after the store closed at 5:30 p.m.

A spokesperson for the Miami-Dade Fire Department said Tuesday that an incident report would not be available until Friday.

He said Andante Bike Shop carries many e-bikes, but the bike in question, of a brand he did not identify, was new but about 2 years old when the stores sold it in December. . It was returned two days later because the battery was not charging. The store learned that a replacement battery was not available, so they sent the battery to a company in Nevada to be rebuilt. After retrieving the battery from Nevada, the store left the battery charging overnight before the fire.

“Firefighters said all the battery cells had exploded,” Orozco said.

Orozco said the store does not have fire insurance and launched a GoFundMe page that raised $11,307 Tuesday morning. He said he spoke to a fire investigator on Monday who represents the insurance company that covers the small mall where the store is located. Orozco said other businesses in the mall were damaged by smoke, and firefighters kicked down the door of a nearby business to gain entry to the bike shop.

He said he was grateful for the outpouring of help from the community. “We’ve been around for a long time and we’ve tried to help a lot of people,” Orozco said.

Lithium-ion batteries, especially those specified on low-cost e-bikes, can pose a fire hazard and should never be charged unattended, e-bike experts say. Human Powered Solutions has released the safe storage and charging procedures for lithium-ion batteries for the e-bike shop.