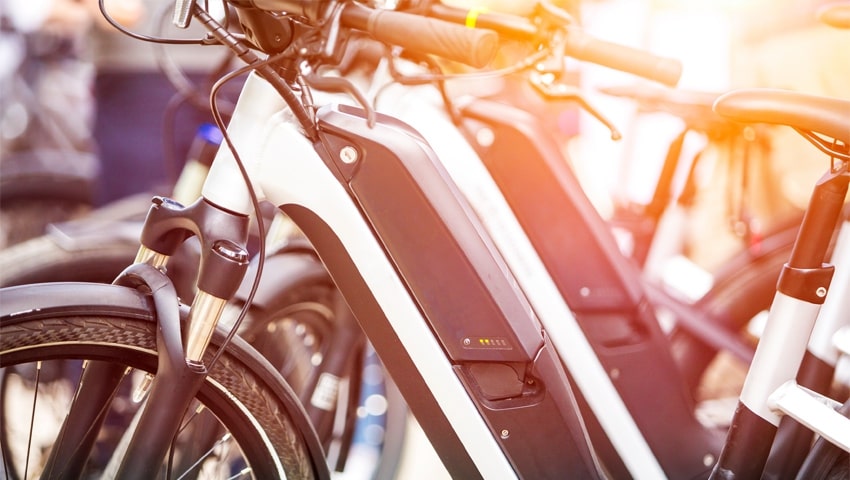 Electric bikes – Have the manufacturers finally put the pedal to the metal?

There’s more to motorcycle culture than leather jackets and chrome exhausts. Since the 1970s, bicycles have developed an almost religious association, as best-selling philosophy book ‘Zen and the art of motorcycle maintenance‘. It lasted almost 50 years later, with Jeff Goldblum recently on our screens to talk about all things bike related.

But now there seems to be a fork in the road. Other vehicles are on the cusp of an electric revolution, while motorcycles are lagging behind. We are already seeing push bikes and scooters being redefined. Electric bike sales are on the rise 16% faster than their analogue predecessors, and UK cities are test electric scooters as a serious alternative to public transport. In both cases, the benefit is obvious: fewer emissions, less traffic and an increasingly mobile city.

Despite this, the motorcycle industry remains heavy on its electric adoption. But that could change. The goal of eliminate petrol and diesel vehicles means manufacturers are moving into the electric vehicle market, including motorcycles. It looks like an electric motorcycle might just become the norm rather than a novelty.

The journey so far

Today, “electricity” (along with “range”) is a bit of a buzzword in the automotive industry. As a result, we are seeing more and more push bikes and electric scooters being introduced to the market. AT CES 2022, for example, we’ve seen a few automakers discuss the “eMobility experience” while unveiling their technology. One such manufacturer, Segway, came to CES with a new line of scooters called the P-Series and a new moped-style electric scooter, the E11a. With wider running boards and handles, these nimble vehicles are ready to enter the personal market and provide shared operators.

As for bikes, Ukrainian startup Delfast showed off an upgraded model of its Top 3.0 e-bike. According to the company, these bikes can travel up to 200 miles on a single charge and are equipped with a smart computer that can receive software updates and immobilize the vehicle if stolen. It’s part and parcel of the “connected vehicles” theme we’ve been hearing a lot about lately.

But CES didn’t just highlight advances in electric bikes and scooters. Of a new Mercedes boasting 621 miles per charge to an electric BMW crossover that can change color, it goes without saying that electric cars are starting to find their groove. In fact, some would say they already have. In the UK, the Tesla Model 3 is the executive car of choice and became the second best-selling new car in 2021.

Yet these vehicles are not really affordable. At £42,500 ($57,500), Tesla’s electric car remains exclusive to the wealthiest British households. It’s not unique to Tesla either; four out of five British drivers say electric cars are generally too expensive. And that takes into account government support to buy them. Additionally, although cost is a factor, customers are hesitant to invest in technology that has not yet solved an infrastructure problem. Namely, the shortage of charging stations globally.

This could be the reason for a perceived lack of interest in electric motorcycles. Although there is an example to the contrary, which wins the hearts of tankers and proves that electricity can look good on two wheels. This example is the XP Zero, winner of 15 international design awards and capable of 110 hp from an electric motor. But as with other Zero Motorcycles models, customers are looking for a £12,000 to £20,000 ($16,000 – $27,000) price tag. So how do you make e-bikes more accessible?

Hope on the horizon

It’s no secret that the more diverse the market, the better for consumers. And it’s likely we’re about to see electric motorcycles go mainstream soon. While they have yet to unveil a personal vehicle, Ducati has shown off its first electric racing motorcycle ready to join MotoE. Known as the Ducati V21L, the electric prototype completed several laps on the Marco Simoncelli track at the Misano World Circuit. The significance here, of course, is that the motorsports industry often leads the way in terms of innovation – where they go, motoring as a whole tends to follow.

Internationally, there are already business cases for electric motorcycles. Thailand is testing e-bikes as taxis. On a single charge, these bikes can travel around 100 km – and the government is currently studying their impact on the economy and the environment. In Africa, electric vehicle manufacturer Opibus has formed a partnership with Uber to provide 3,000 electric bikes. With a large bike rack, the bikes are ideal for transporting luggage.

Interestingly, Opibus’ bikes are built around an interchangeable dual battery instead of relying on EV charging ports. It’s something we see on a much larger scale in China. NIO, often called Tesla in China, pioneered battery-swap technology in its home market and recently revealed it has installed 778 stations on major highways and cities. In effect, this means that instead of having to search for charging ports, consumers can swap out batteries when theirs runs out – a process that takes just three minutes. Norway is the first European country to sell NIO vehicles, and already 92% of buyers have subscribed to the battery swap functionality compared to traditional charging stations. Again, this is good news for motorcycle enthusiasts, who can expect the freedom to cover hundreds of miles at a time without worrying about restricted power sources.

Like motorsport, innovation in business is generally good for the consumer. As we see more stories about electric motorcycles being used in racing and retail, we can expect to see manufacturers eyeing the consumer market. However, that doesn’t necessarily mean audiences will flock to them. There’s a reason the motorcycle industry has been one of the slowest adopters of electrics, and it’s something manufacturers will need to overcome.

For many motorcyclists, the lure is unfolding a map and plotting a course across the country, continent or world. The EV infrastructure raises fears that these long, sprawling journeys will be limited to the limited charging points or battery stations currently available.

The loss of sound is another sticking point. The roar of motors will never be reproduced in e-bikes in the same way. Co-founder of Fonz Moto, Michelle Nazzari, recently described how their social media feeds were often hit with “emasculating comments” about silence.

The environmental benefits may outweigh this loss, especially since traditional motorcycles emit higher levels of hydrocarbons, carbon monoxide and nitrogen oxide. It’s something manufacturers will likely introduce to younger generations – those who fell in love with motorcycling not because of the roar of the engines, but for their eco-friendly performance.

With 60% of young people saying they felt worried or very worried about climate change, there is an argument to be made that there has never been a better time for electric motorcycles. Young people want a solution to rising emissions, and these motorcycles provide it. Additionally, with battery swapping providing an alternative to charging ports, the infrastructure for electric vehicles is set to grow significantly.

At Wejo, we have our own plans to support the growth of electric vehicle infrastructure. By leveraging the billions of data points we process every day, we are able to visualize how cities move. We intend to provide this information to government authorities, who in turn can improve electric vehicle infrastructure and remove even more barriers to mass adoption of electric motorcycles. For manufacturers, it’s simply a race across the line to see who can provide the Tesla equivalent of the e-bike.

What do you think?

Join the conversation about electric vehicles on our social media. After all, manufacturers are designing new electric vehicles right now, so why not tell us what you want to see on our LinkedIn and Twitter? You will also find updates on autonomous and connected vehicles.

There is no doubt that the future of mobility lies in electric and autonomous vehicles. The original automakers are working hard to keep pace with new entrants to the industry and the technology companies that are revolutionizing it. With transport emissions representing 29% of carbon emissions in 2019, the race towards cleaner and more sustainable transport and a greener future is definitely on.

But as the race intensifies, the challenges associated with developing a comprehensive support infrastructure, including charging networks, become greater. The benefits and widespread adoption of electric mobility can only truly be realized when the EV infrastructure is in place to provide universal access to charging networks.

To enable enterprises to meet this challenge head-on, Palantir has developed the EV Infrastructure Operating System (OS). The app, created in partnership with Wejo, helps ensure that investment in electric vehicle infrastructure is not only efficient and data-driven, but also sustainable.