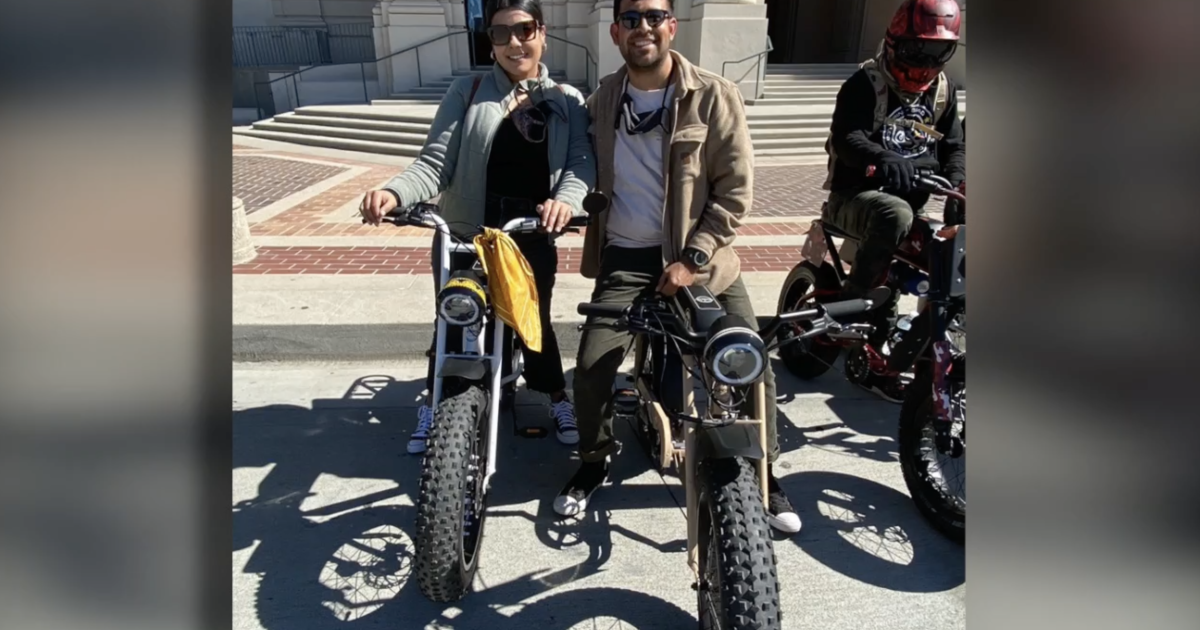 Electric bikes worth thousands of dollars stolen from Oceanside couple

OCEANSIDE, Calif. (KGTV) — During the pandemic, Brissia Torres and her boyfriend bought electric bikes. They took photos and videos to document their adventures along the way.

She said they were getting ready to load up their bikes for another ride on February 5.

But when the couple emerged from their apartment, the e-bikes were gone.

“We were so flabbergasted because we were home when they were taken away,” Torres said.

Torres said surveillance video from a business across the street on Pier View Way showed a person removing e-bikes from their porch at 3 a.m.

“Our theory that we were probably followed or someone spotted us with the bikes the night before and planned to take them because of how far away they were,” she said.

Leon Hubbard, who works at Moment Bicycles in Old Town, said e-bikes are one of the fastest growing sectors in the industry.

“And then go from there, depending on the characteristics of the bike, how fast it can go, how much range it has,” Hubbard said.

Torres said the models she and her boyfriend own start at $2,195 each.

They immediately filed a police report with Oceanside PD.

“They let us know that this was a common occurrence, especially near a beach town,” Torres said.

Hubbard suggests that e-bike owners always store the bike inside their home.

If you know anything about the Torres incident, call the Oceanside PD.