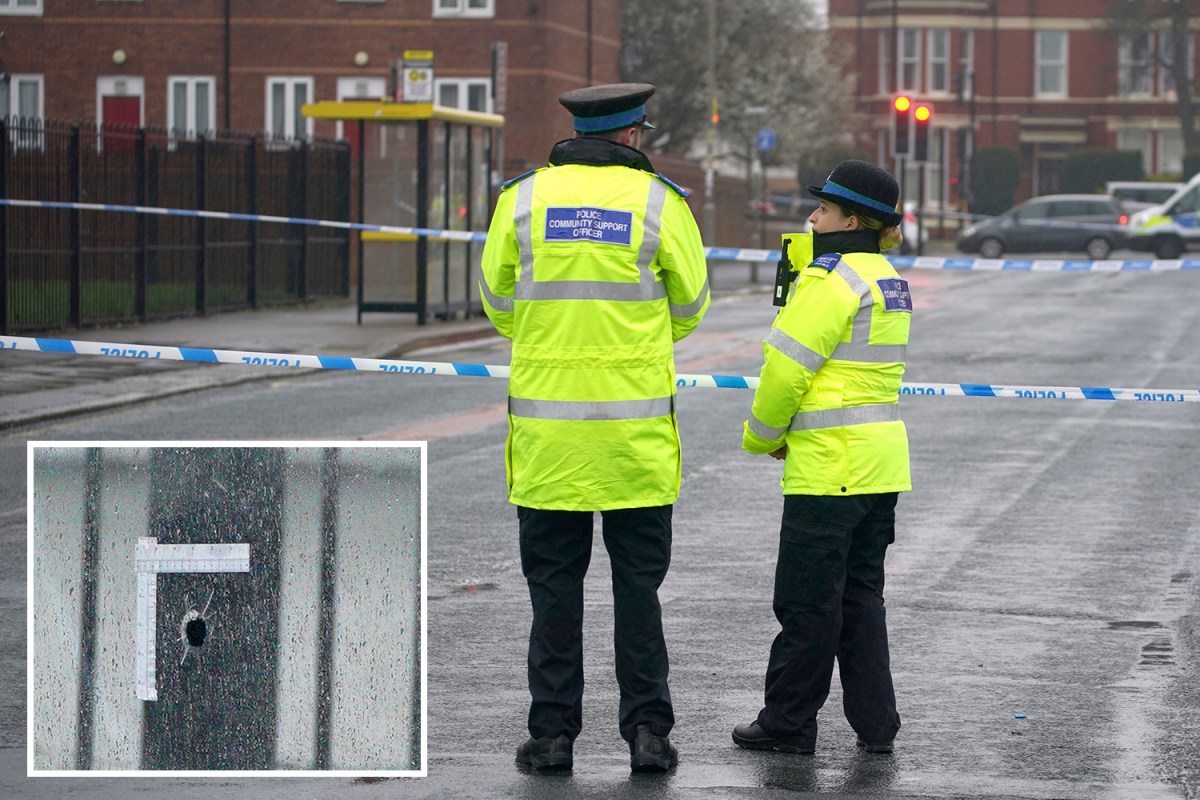 Girl, 15, shot dead in school uniform by ‘masked thugs on e-bikes’ as she waited at bus stop as residents heard ‘loud bangs’

A teenage girl was shot dead by masked thugs in her school uniform as she stood at a bus stop in a ‘ruthless and cowardly’ attack.

The 15-year-old was shot in the upper body by gunmen riding an e-bike in Toxeth, Liverpool yesterday.

She was rushed to hospital where she remains in serious but stable condition.

Chief Superintendent Mark Cameen, of Merseyside Police, said: ‘It is an absolute miracle, and credit to the NHS, that this young woman survived.

A 21-year-old man has been arrested on suspicion of attempted murder and remains in police custody.

Police today arrested a 60-year-old man on suspicion of aiding an offender.

Nicola Turner, 41, said: ‘I heard three bangs and at first thought they were fireworks.

“But when I looked outside I saw a lot of police and paramedics.

“It’s so shocking when something like this happens on your doorstep. I’m scared to send my kids to school.”

“She told me she thought it was a bonfire,” the local added.

Officers believe the shots were fired by “one or more” people on bicycles before they fled.

They wore dark clothes and face masks or balaclavas.

Shortly after, a 21-year-old man presented to hospital with a gunshot wound to his arm.

Police believe the two incidents may be linked.

DCS Cameen said today: “The actions of those responsible for this attack on a 15-year-old schoolgirl, who was waiting at a bus stop, on her way home from school are utterly appalling and shocking, even with the 29-year-old on duty.

“It shows a complete disregard and contempt they have for the decent, honest, law-abiding people who live, work and visit this city.”

Forensic teams were seen working in the area near the bus stop, which has a broken plastic screen.

Various roads in Toxteth have been cordoned off as part of the ongoing investigation.

Cops are also carrying out door-to-door inquiries and going through CCTV footage of the surrounding area following the shocking incident.

Anyone with information is asked to contact the police quoting newspaper 647 of 1 st March.