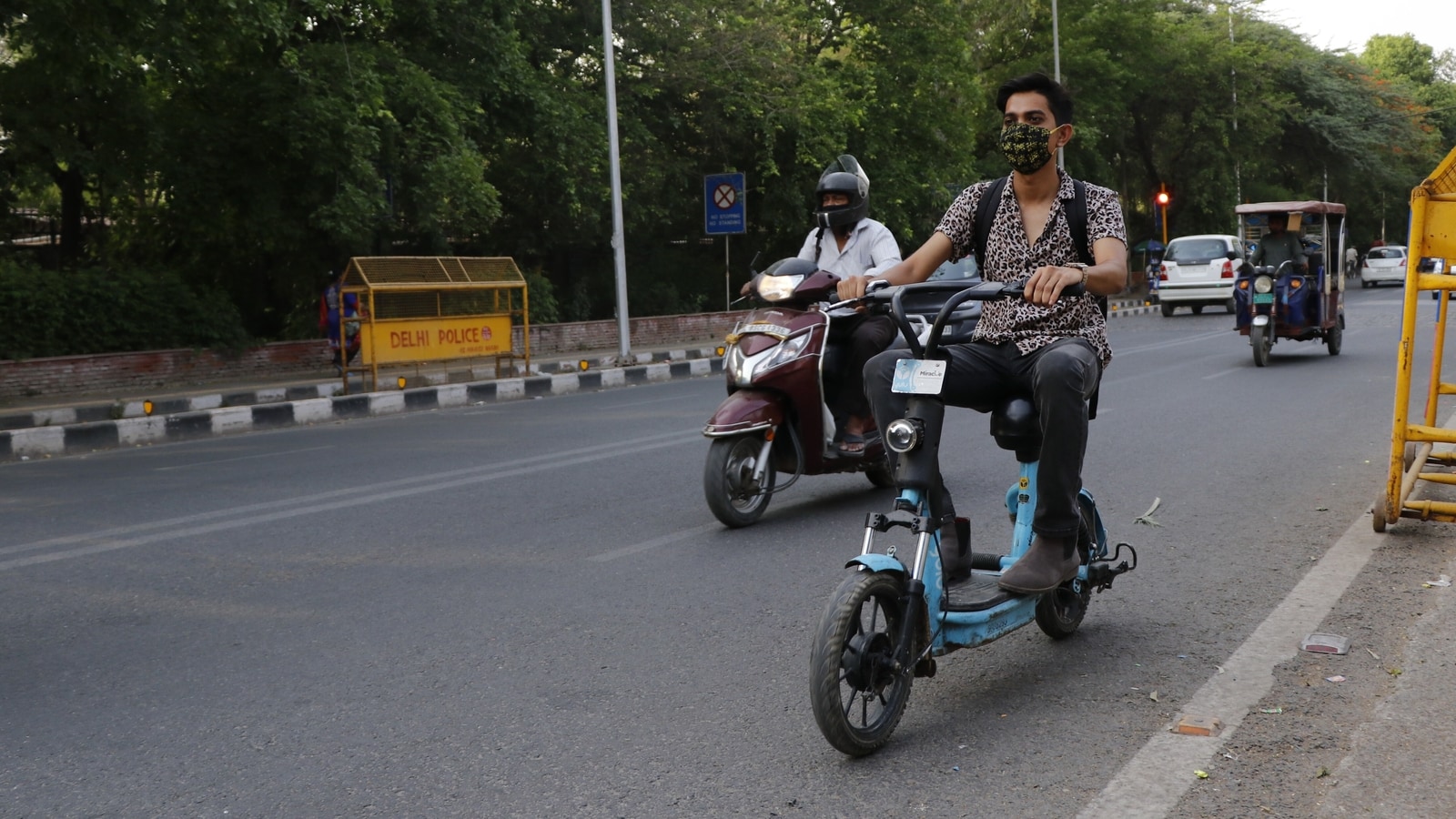 How to make a city safer for electric bikes? Think infrastructure

The invasion of Ukraine put the United States and Europe on a war mission to ditch Russian fossil fuels. This series looks at accelerating zero-carbon alternatives by lowering political and financial barriers.

E-bike use has exploded in the United States over the past two years. Demand surged in the early days of the pandemic as people looked for new ways to travel safely and again this spring as rising fuel prices pushed commuters to look for cheaper alternatives. Policymakers looking for ways to reduce demand for fossil fuels in the wake of Russia’s invasion of Ukraine might also find e-bikes handy.

Read also : Are you looking for a smart phone? To check the mobile locator, click here.

With battery-powered motors that assist riders as they pedal, e-bikes allow a wider range of people to make more and longer trips than traditional bikes. And they are cheaper, more efficient and less resource-intensive to manufacture than electric cars. (The battery in a GMC Hummer EV is about 350 times heavier than a typical e-bike battery.) The combination of utility and efficiency makes e-bikes a powerful tool for reducing emissions.

A recent study found that increasing e-bike use to account for 15% of the miles traveled per person each year in Portland would reduce carbon dioxide emissions from passenger transportation in the city by 12%. According to the study, a single e-bike would result in an average reduction of 225 kilograms of CO2 per year, enough to reduce the per capita emissions of the average US citizen by more than one percent.

It’s no big mystery how to get more people to use e-bikes (as well as traditional bikes). Discounts and other incentives can help, but even making e-bikes free wouldn’t be enough to entice people to use them on streets where they don’t feel safe. In a poll commissioned by the advocacy group PeopleforBikes in 2018, nearly 70% of respondents in eight US cities said the roads are not safe enough for families to ride bikes, and of those, 63 % said they would ride if they felt safer. The best way to make cyclists safer is to protect them from cars.

City after city, when protected bike lanes are added to roadways, ridership increases. In Philadelphia, for example, a study of new bike lanes on two major thoroughfares in 2018 found that the number of cyclists nearly doubled. Other places can count on similar results, says Christopher Cherry, a professor in the department of civil and environmental engineering at the University of Tennessee at Knoxville, as long as they build bike paths that connect where people live with where they work and shop. . “It needs to be part of a larger network,” says Cherry.

Fortunately, thanks to decades of spending on building roads and highways, the infrastructure to create these networks already exists. Cities don’t need to pour asphalt; they just need to commandeer some of the surplus street cars. “We have so much redundancy in our car-based transportation network,” says Cherry, “the ability to reallocate road space quickly is a very easy fruit to bear.” All it takes are concrete barriers, heavy planters, metal bollards, rows of parked cars, or another solid boundary between bikes and cars. In most cases, painting is not enough. Recent studies suggest that barrier-free bike lanes not only don’t make cyclists safer, but can make it worse.

In five US cities that have collectively installed more than 335 miles of bike lanes since 2019 – Austin, Texas; Denver; New Orleans; Pittsburgh; and Providence, Rhode Island — the average cost to add lanes was about $290,000 per mile, according to Sara Studdard, co-founder of nonprofit consulting firm City Thread. In his previous job at PeopleforBikes, Studdard helped advocate for the rapid expansion of these networks. In total, the five cities have each spent about $100 million—a tiny fraction of the $200 billion that states and local governments spend annually on highways and roads—to make major gains in their cycling infrastructure.

Many cities already have plans in hand for hundreds of miles of bike lanes, says Kyle Wagenschutz, co-founder of City Thread, but have achieved less than a quarter of what is described. While city budgets often allow for more—and bike lanes pay dividends in terms of improved public safety and higher real estate values—the expansion of bicycle infrastructure in the United States tends to be painfully slow. The average federally funded project, according to Wagenschutz, takes nearly a decade to complete. “And these projects are disconnected from each other,” he says. “You could build a bit of a bike path here, a bit of a trail there, but they don’t really come together.”

It doesn’t have to be like that. Polls show that a solid majority of Americans, spanning broad regions and demographics, support more funding for cycling and walking infrastructure. And voters in many places are in favor of adding protected bike lanes. The problem is that these projects are rarely given priority. When vocal minorities protest — and few things inspire NIMBY more rage than lost street parking — city leaders give in to demands for superfluous feasibility studies and cut back on scope plans.

“The end result is always a watered-down hodgepodge,” says Wagenschutz, “And then we start the cycle over again with the next project.” Better to think big, advises Wagenschutz, and “build cycle networks as a project”.