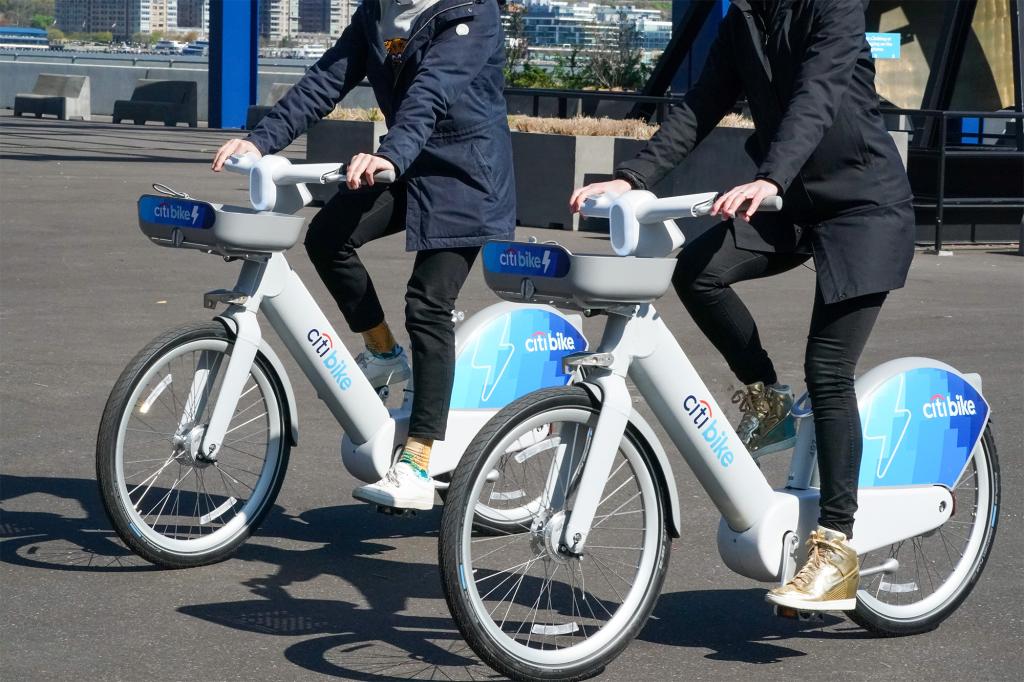 Citi Bike’s e-bike fleet is getting a boost of 1,400 new “sleek” e-bikes with fancy LED displays and doubled battery capacity.

The bikes will initially only be rolled out for Citi Bike members, the company said. Non-members will be able to sign up for a 14-day free trial using their phone at bike-share stations.

Citi Bike hopes to attract new riders with the bikes, which, compared to existing e-bikes, also have more height-adjustable seats and “retro-reflective” white paint that shines from the headlights.

Lyft believes the LED display will help riders lock and unlock their bikes, and could one day provide navigation as well.

Unlike existing bikes, the new model’s battery will be located inside the bike.

“We’re thinking about features that really make it really easy for someone for the first time to ride a bike,” said Laura Fox, chief executive of Citi Bike.

The bike also includes new “safety features”, the spokesperson said – if the bike detects “anything abnormal”, it will stop working.

The e-bikes will be available to all Citi Bike riders by fall, the company said. Everyone else will still have access to the old model, which has no phase-out schedule. Four-fifths of the electric fleet will consist of new bicycles by the end of the year.

The older bikes were introduced two years ago, after Citi Bike’s first series of e-bikes had to be retired in 2019 due to safety concerns.