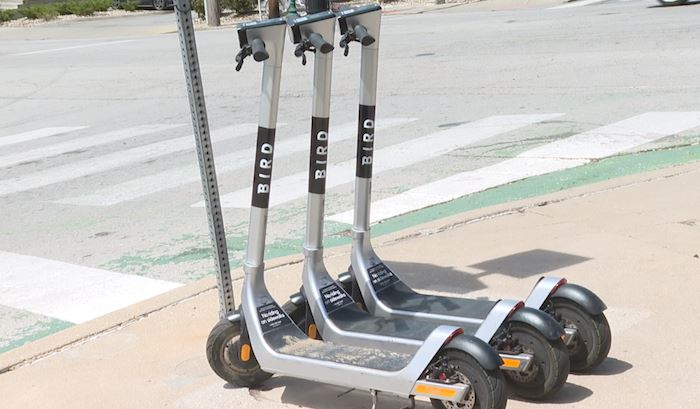 Pilot program could bring e-bikes and scooters to Overland Park

OVERLAND PARK, Kan. – A new fleet of e-bikes and e-scooters could hit the streets of Overland Park later this spring.

On Monday, the Overland Park City Council will consider an agreement with Bird Rides, Inc. to launch a pilot program of e-bikes and e-scooters.

Over the past two years, the city has been in contact with electric scooter sellers Bird and Lime. In November, City Council approved a resolution to create a small vehicle sharing pilot program.

At the council’s request, city staff approached vendors to create a pilot program with e-bikes and e-scooters. Bird offered to enter into an exclusive agreement with the city to provide both modes of transportation.

If the deal is approved, Bird would roll out 75 e-scooters by April 15 and 25 e-bikes by July 1. Bird would have the ability to increase the size of the fleet up to 400 vehicles within the city limits.

Throughout the 18-month pilot program, Bird will provide the city with monthly rider data reports. Under the agreement, the city would receive an annual payment of $500 and a fee of $0.25 per ride from Bird.

E-scooters and e-bikes would be driven on the right side of city streets and can only be parked in designated areas. The speed of scooters will be capped at 15 mph and bicycles will be limited to 20 mph.

FOX4 Newsletters: Get the news delivered to your inbox

Helmets are recommended for cyclists, and Bird will provide up to 200 free helmets to residents throughout the pilot period through community outreach programs. The company has pledged to deploy at least 10% of the fleet daily to low-income areas identified by the city.

The board will consider the proposal at the next regular meeting on Monday, February 7 at 7:30 p.m.