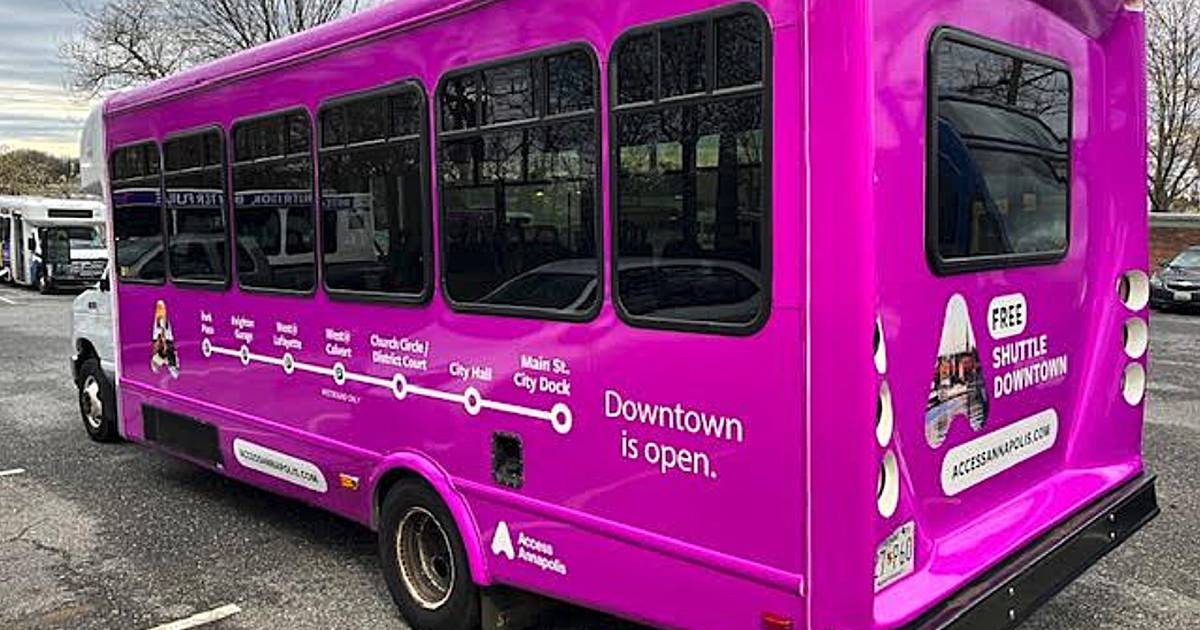 Annapolis will unveil a range of alternative transportation options at a flagship event on Tuesday, including electric scooters, e-bikes and a ride-sharing program rolling out this month.

The two-part event begins at noon at the Eastport Mall and ends at Susan Campbell Park. It’s free and open to the public. The showcase will highlight parts of the city’s multi-faceted transit plan intended to ease parking and traffic headaches after the Noah Hillman Garage closed earlier this month.

The services are under the umbrella of Annapolis Mobility and Resilience Partners, a group of 10 companies responsible for rebuilding the Hillman Garage and then redevelopment of City Dock. AMRP has budgeted approximately $800,000 to implement the mobility plan, most of which will be used to pay for the ride-sharing program, Annapolis GO!

Mayor Gavin Buckley will close the event at 2 p.m. by demonstrating the ride-hailing app, Annapolis GO!, which riders can use to ride across town for $2 each way.

AMRP member Via Transportation has developed the exclusive Annapolis GO! app, which will offer rides to and from any destination including Park Place, Knighton and Gotts garages to downtown locations, Eastport, Truxtun Park, Pip Moyer Recreation Center, Navy-Marine Corps Memorial Stadium, Word and West Annapolis. There are three vehicles in the fleet with a spare in reserve.

The first two rides will be free, the city said. Riders must use the code “GO4FREE!” when booking a trip. Rides are $2 each way after that. The Annapolis GO! The application can be downloaded from Apple or Google Play stores. Passengers without a smartphone can book a ride by calling 443-345-1001 and pay for the ride over the phone. Wheelchair accessible rides are available.

As part of Tuesday’s rollout, the city partnered with national electric vehicle company Bird to offer pay-per-use e-bikes and scooters throughout Annapolis. The Santa Monica, Calif.-based micro-mobility company operates in more than 100 cities around the world.

Days of the week

Update you on the biggest news of the day before the evening ride.

The city has been without a bikeshare program for nearly two years after Pace BikeShare closed in June 2020 due to the COVID-19 pandemic.

Since Hillman Garage closed on May 2 and will remain so for the next 14 to 16 months, the city has also launched a free “Magenta” shuttle service to transport visitors from outlying garages on the West Street corridor to downtown. . The city placed purple signs along the bus route and launched a real-time map allowing riders to track the shuttle’s progress. Buses should run every 8-10 minutes.

A smaller electric streetcar service will soon be launched to provide free service between Whitmore, Gotts and Calvert garages and destinations that include General Assembly/State Circle, Maryland Avenue, Market Space, Main Street, Church Circle and the interior of West Street.

The city has contracted with Annapolis Eventours to provide the eight-passenger open-air electric carts, which will operate on five-minute schedules. Riders can flag carts at any point along the course.

The cart will be operational this month once insurance details are finalized, City Manager David Jarrell said.

A large portion of AMRP’s mobility costs will be associated with paying the salaries of three drivers who will drive the vans on eight-hour shifts, seven days a week. Revenue from the ride will be used to pay for electric cart service, Jarrell said.

The city has launched a website, accessannapolis.comto provide more information about the transit plan.