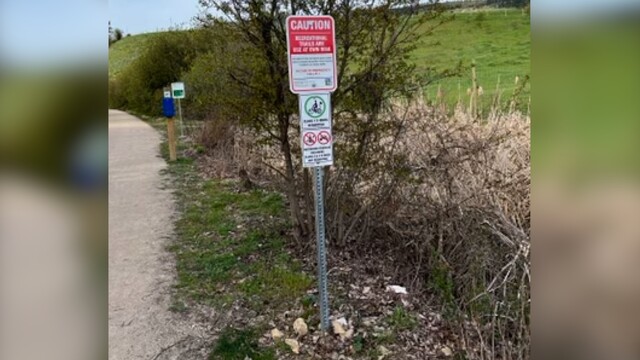 A new sign on the Rail Trail along Kal Lake is worrying some of its frequent users.

“My wife comes and goes to work every day and all of a sudden there’s a sign saying only class one, class two and three bikes are not allowed. Wait here we’ve been doing this for four Nobody asked, nobody said anything, and now you’ve just eliminated a large group of runners,” said Murray Fraser, director of Pedego e-bike shop in Oyama.

Oyama farmer Alan Gatzke told Castanet the issue was brought up at a meeting recently and many people seemed surprised by the signs and the change in restrictions on e-bikes along Kal Lake, between Lake Country and Coldstream.

“Most people, including Friends of the Okanagan Rail Trail, were surprised (even) by Lake Country politicians, said it was the first time they heard the news that e-bikes from class two and class three had been banned on the Rail Trail,” Gatzke said.

The Rail Trail runs through Gatzke’s Oyama property and he says he understands why there might be speed issues, but he doesn’t agree with banning different classes of e-bikes.

“Just because you own a corvette doesn’t mean you shouldn’t be allowed to drive on Pelmwash Drive. The issue is speed, not vehicle type,” Gatzke said.

Currently according to British Columbia Parks, Class 1 e-bikes can be used on any BC Parks trail where mountain bikes or other bikes are already permitted. People with Class 2 and 3 e-bikes can only ride on trails and/or roads designated for motorized vehicles, depending on the park.

Class 1 e-bikes have an electric motor that only assists while pedaling. Class 2 bikes have a throttle that can also work when you’re not pedaling, while Class 3 bikes are only pedal assisted but have a higher top speed.

Fraser says the move could impact his business, which he says caters primarily to older people who tell him they need motorized assistance on the hills.

“Most of our customers who buy from us are people over 50, they need motorized assistance to get up hills and do things,” says Fraser.

Gatzke says, “I think the intention is good, maybe it’s the wrong tool.”

Fraser says that, like many people in the area, his wife uses the Rail Trail to get around, “it’s a commuter route connecting communities, and all of a sudden you’ve cut us off.”

He can understand why there are concerns about speed, but suggests the Regional District should remove a page from the City of Calgary book and simply post limits, “Cyclists on trails should keep speed to a maximum of 20 km/h, unless otherwise stated”. 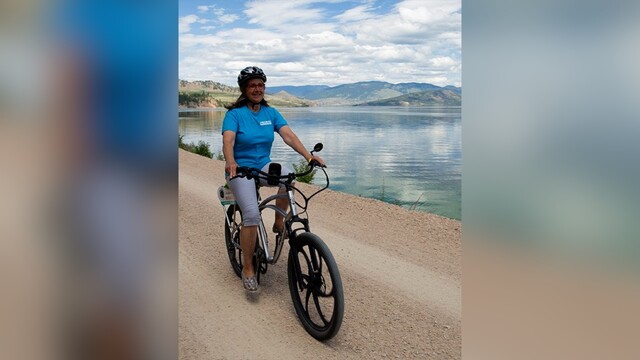 An Archipelago Pedal: E-Bikes and Islands in Northern Norway | Public holidays in Norway