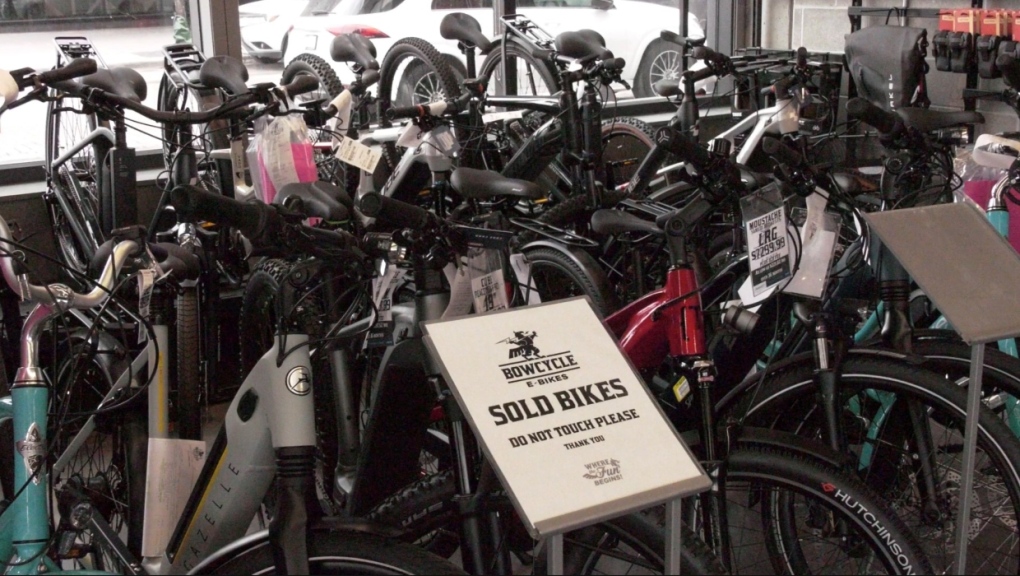 More and more Albertans have been investing in two-wheeled transportation since the start of the pandemic, and it looks like this trend will continue.

Geoff Whittaker of Bow Cycle E-Bikes in southeast Calgary says there has been a noticeable increase in sales of e-bikes and non-e-bikes.

“We’ve been in a bike boom situation for the last two years due to the supply and demand for existing bikes,” Whittaker said.

Beyond the supply chain issue, Whittaker says lifestyle changes and rising gas prices have also been factors pushing people to decide to buy. His family, for example, has downsized to one vehicle and bought an e-bike – and he says others are doing the same.

“We see quite a few people doing this now. They can live in Bridgeland or something and work downtown and now they don’t have to pay $500 a month for a second parking spot and they can just ride their bikes to work.

According to ebikes.com, sales of e-bikes are increasing worldwide. He clarifies that by 2023, the total number of e-bikes in circulation worldwide is expected to reach 300 million. This is a 50% increase from 200 million in 2019.”

Whittaker says another reason people invest in two-wheeled transportation is to get more exercise. Speaking specifically about e-bikes, he says it allows people of different ages and fitness levels to get out more often.

“Maybe they can’t climb that hill anymore, but the e-bike kind of took that challenge away and all of a sudden they can ride a bike again, regardless of age.”

Riding hills is one of the main reasons the Town of Banff has an e-bike rebate program.

Beginning Jan. 26, residents who purchase an e-bike will be covered for 30% or $750 of their purchase.

An even higher discount is offered through Banff’s Access Program, where eligible applicants can get up to $1,000 back.

“Gasoline prices have gone up, and that should make people think about other ways to get around the community.”