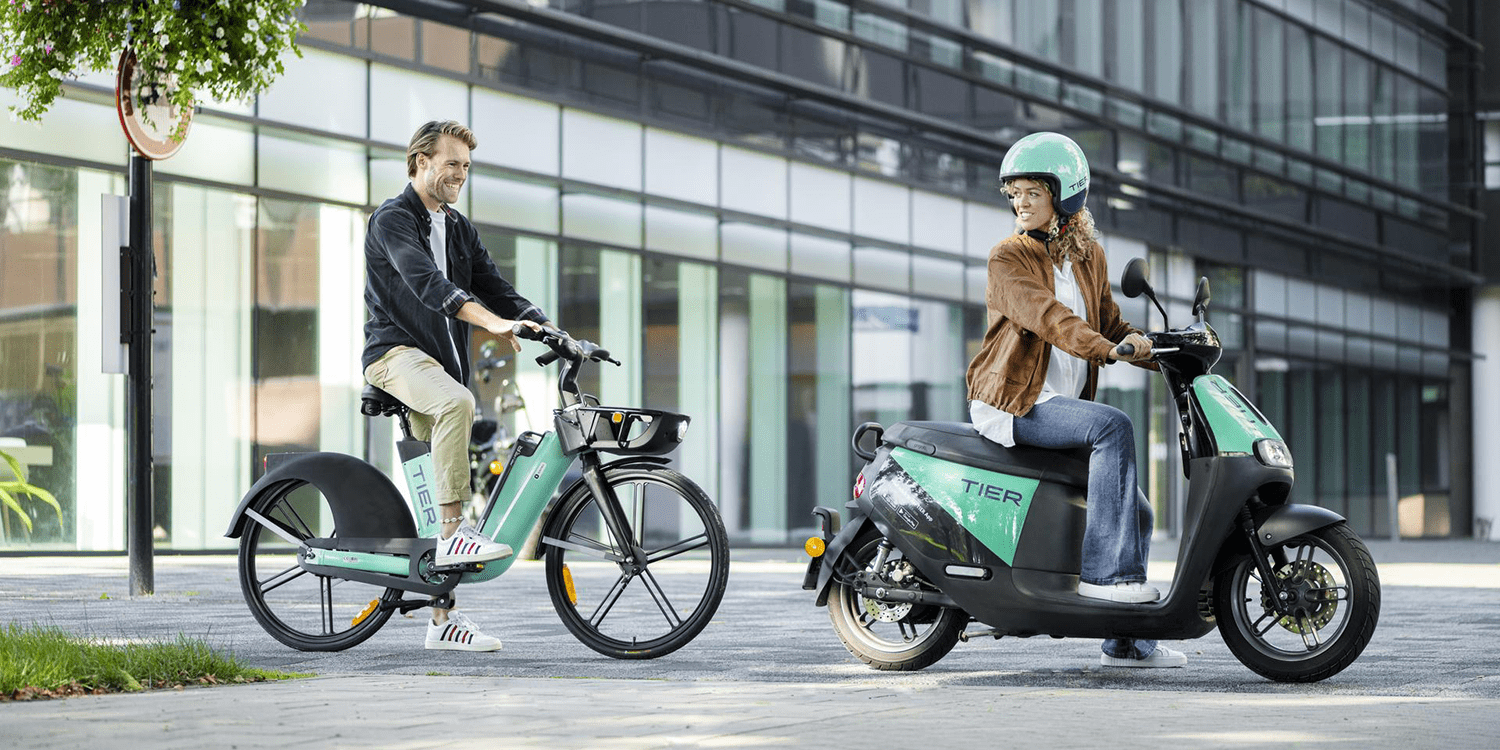 Tier Mobility puts 1,500 e-bikes on the streets of Berlin

In Berlin earlier this week, Tier is initially supplying 400 e-bikes, after which the e-bike fleet will gradually be expanded to a total of 1,500 vehicles. Tier is the first and so far only micromobility vehicle-sharing company in Berlin that offers three types of electric two-wheelers: electric scooters, electric mopeds and electric bicycles.

Berlin already has a number of e-scooter sharing companies in addition to Tier, which also includes Bolt, Voi and Lime. Lime and Tier will now offer e-bikes in the German capital. The two companies also have in common to have bought electric bike companies: Lime bought Jump Bike and Tier bought Next Bike.

At the same time, Tier is also starting to offer services in Brussels, Belgium. Jesper Vis, Managing Director for Benelux, explains that Tier scooters have improved dramatically since micromobility-sharing services arrived in cities around the world just a few years ago: and rear light signals, and thanks to their large front wheel – the largest in the sector – they have increased driving stability.

Tier also took care of the municipal administrations and authorities: “We also contacted all the municipalities of Brussels – because we are one of the few players who will eventually be present in the 19 municipalities of the region – in order to respond to their needs and challenges in terms of shared mobility as much as possible,” says Jesper Vis.

Among those tracking the carbon footprint of different vehicles, electric scooters have recently come under intense scrutiny. If scooters are not transported with emission-free vehicles, they end up with as large a carbon footprint as electric cars (both still significantly smaller than combustion engine cars). This is where Tier has placed particular emphasis on reducing the overall footprint of its services.

Jesper Vis explained: “We look beyond just reducing emissions when it comes to charging, as reducing emissions in production, operations and transportation has also become a company standard. . For example, we have invested in e-cargo bikes and electric delivery vans for our employees, which replace empty batteries on site. This way, we don’t have to drive big, polluting vans across town to pick up shared vehicles to reload from a warehouse. The fact that our e-scooters currently have the longest lifespan on the market also helps reduce our carbon footprint. We also maximize the supply of green energy in our warehouses and operate a strict low-carbon travel policy for all employees. And finally, we have implemented a CO2 compensation policy to neutralize the rest of our emissions.

In April last year, we reported that micromobility provider Tier Mobility had partnered with Ari Motors and Ono to electrify the fleet for operational use. Level personnel will employ electric transporters from Ari and cargo pedelecs from Ono to swap batteries and scooters in the fleet. Later last year, Tier and MAN Truck & Bus signed a framework agreement for the delivery of up to 130 MAN eTGE battery-electric vans. The first vehicles are already in use in Tier’s logistics fleet in the UK and Germany.

Tier has been causing a stir since the company was founded in 2018. It wasn’t until 2019 that e-scooters gained legality on German streets. In 2020, Tier Mobility acquired the approximately 5,000 electric scooters, including the charging infrastructure of the discontinued Coup sharing service from Bosch. The electric scooters were originally to be launched in Berlin. As mentioned above, Tier also recently bought Leipzig-based rental bike provider Nextbike in November last year. With the merger, the company says it has about 250,000 vehicles in service in about 400 cities around the world.